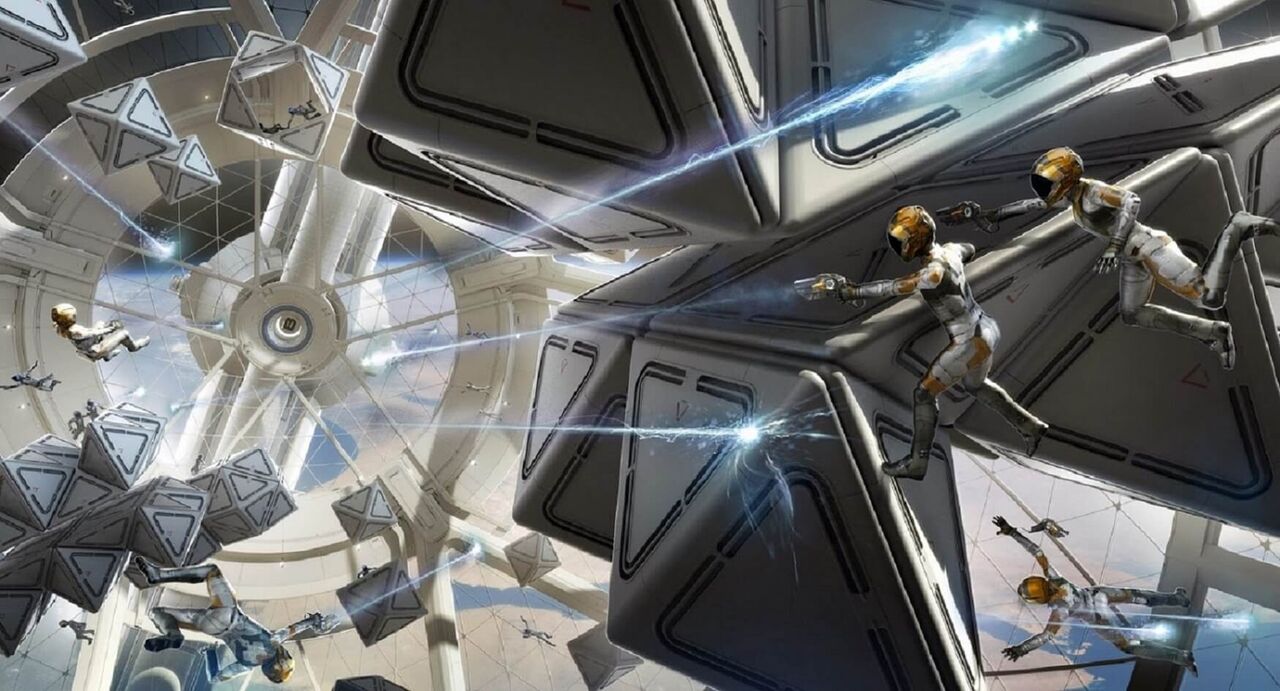 What's on your mind?

So I'm Korean and my English academy forces me to read Ender's Game, A Tree Grows in Brooklyn, and How to Kill a Mockingbird. I am still reading Ender's Game, and so far I love it! That's why I visited this wiki, but I really can't understand most of the terms and the timeline is so confusing to me, even though I read the instructions above. Can someone help me out here? Because right now I'm going insane.

I have been reading Speaker for the Dead and at the start of every chapter there is a little section of text, I guess, Don't know how to describe it but it always comes with a time stamp. For example in Chapter 15 the timestamp is 103:0:1970:1:1:5. I have learned the the 1970 section is the year in the Starways Congress era, aka SC, but I don't know what any of the other numbers are and it is bothering the hell out of me. So my question is "Does any one understand the other numbers in the time stamps?" Please and Thank you.

My name is Demosthenes (JK) and I'm not super into Ender's Game, but it is definitely a really good book/book series.

Hi there, I'm publishing a short academic piece and would love to include a concept image / artist's imagining of the Formic Queen. I would credit the author (something along with lines of " 'Image Title' by Your Name, used with illustrator's permission"). Thanks in advance for your help!

Does anyone have a list of all characters and their role in the book?

Also, does anyone know what it's called? I've heard it's going to be The Queens, but I also thought it was called The Fleet.

Here's an active Discord server for Enderverse fans, in case anyone is interested:

We've already got over 75 members! Feel free to join us to chat, discuss fan theories, critique the series, and create fan content!

I've been reading the enderverse stories in the recommended order on audible (which is close to chronological rather than publish order) and just finished up Xenocide and Children of the Mind and something occurred to me.

Ender spends thousand of years travelling the galaxy with his sister as a companion. Along the way, he discovers Jane. He plays key roles in many events in history, saving Earth and all of humanity, solving problems, helping people.

Eventually he settles on Lusitania and once again plays a key role in saving the day, bringing 4 distinct species together (humanity, formics, piggies and Jane) and figures out how to use the philotic nature of the universe with the help of Jane and others to develop faster than light travel.

Since Jane needs 'simple' objects to transport instantaneously from one place to another, they build a new design for their 'ships' that is a smaller, simple, boxy habitat.

Ender inadvertently creates other versions of himself and eventually gives one to Jane and grows weary of his own existence and moves his essence from all three bodies into the form his mind created of his memories of young Peter. Ender essentially 'dies' or passes on from living life as Andrew to become a new person as Peter v2. As Peter, he meets another woman and takes her as his companion, and they finish off Ender's role of saving the 4 species and the story ends with them both interested in travelling the galaxy again, in their small, boxy, instantaneous travel 'ship', pursuing their own ambitions and helping others by solving problems they confront along the way.

Ender/Peter v2 is the first incarnation of Dr. Who!!!!

In which order should I read the books? I want to know where to start and which ones to read later. Thank you!

Those asking "Well, with so many book-to-TV series adaptations in development by Apple, Amazon, Netflix, Hulu etc., why not one for Enders Game?", I suggest reading through this November 2013 article on Variety.

Key is that after the Ender's Game movie flopped at both the U.S. and international box office, Lionsgate CEO Jon Feltheimer said during a conference call with analysts that an Ender’s Game TV spinoff was under consideration at that time. No word from the studio on that decision, but it's clear that a TV series approach is needed. Many people have already known that the Ender's Game movie was pretty rushed, and a botched opportunity. That Ender's Game TV spinoff was what is probably going to be the reboot of the entire franchise.

So the short answer is that ever since there was discussion of the advantages of television as a suitable medium for book-to-screen adaptations, there has been some mention of an Ender's Game reboot on TV, with naturalistic science fiction. The possible TV reboot will be the first since the 2003 re-imagining of Battlestar Galactica if all things done right.

I've been working on something I think you'll all find very intriguing: converting articles from this wiki into annotations on [annotations.xyfir.com/sets/42457 xyAnnotations], which can be integrated directly into ebooks and viewed in just about any ebook reader. It's really neat being able to just tap on a name or phrase or location within a book and have the wiki articles already loaded and available to view right there.

As you can see, I've got a large part of the main articles transferred over, thanks to the [github.com/Xyfir/annotate/tree/master/cli automated tool] I built. However, because it ''is'' automated, there are some things that aren't quite right and I'd love to get some help improving the converted annotations. I need to do things like remove annotations that will never be highlighted within books, remove sections that are not relevant in the annotation format, fix searches so that more aliases are highlighted within books, and much more. Additionally, I also need help adding books, their covers, and their metadata to the xyAnnotations books database.

I'm a moderator on all of the related books and annotation sets on xyAnnotations so I can accept your changes or even make you a moderator as well if you're willing, able, and trustworthy. It'd be great to have some of the trusted members here moderating the related books and sets of annotations on xyAnnotations. There are a lot of books and series and authors I'm working on annotating so it's hard for me to properly manage all of these annotations and books without any help.

So if any of the fans or scholars here are interested in helping out, just let me know and I can point you in the right direction. If you're just looking to get these annotations into your ebooks and are having trouble, feel free to ask and I'll do my best to help. Just a note, Reddit is my main forum, so if I'm not responding quick enough here feel free to send me a message on [reddit.com/user/MrXyfir Reddit].